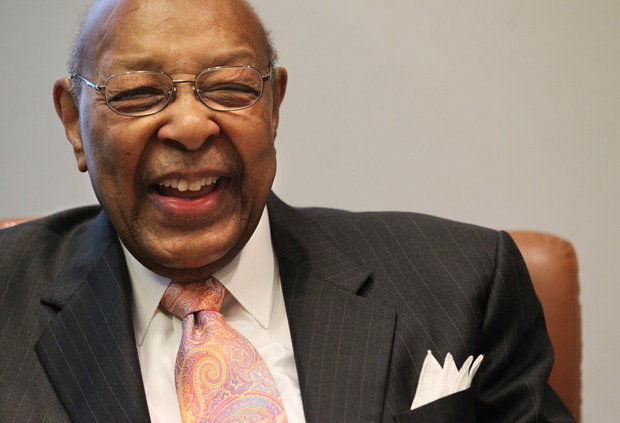 Rev. Martin Luther King Jr. was looking to get more black attorneys active in the civil rights movement.  Louis Stokes, born of very modest means in Cleveland, became a lawyer for the NAACP and went on to one of the most illustrious careers in the history of the US Congress.

I remember him now as a staunch friend and ally and the smiling community neighbor in Shaker Heights who attended both of my daughters’ bat mitzvah ceremonies and often spoke from the pulpit of the temple I once led in Cleveland.   He never apologized, privately or publicly, for his tendency to rail against social injustice and ethnic snobbery.

My friend is surely convening a congress of kindness among the angels.

We did a lot of things together around town, from panel sessions to television appearances to hastily convened meals at one of the local delicatessens.   He loved life and lived it effusively, even with racially unpleasant experiences, for ninety years.  I just didn’t think Lou Stokes would ever die; he knew better.

He called me at home in September, 1993.  “Ben,” he said, in that familiar, strong, friendly voice, “there’s going to be a ceremony on the White House Lawn the day after tomorrow.”  He elaborated that the president of the Palestinian Authority at the time, Yasir Arafat and the prime minister of Israel, Yitzhak Rabin, were going to appear together and publicly sign a Declaration of Principles.

“Every Member of Congress is allowed to invite a single one of his constituents to attend this event.  I happen to know that this would mean more to you than any other person in my district.”  There was nothing in this for Lou—I was not a wealthy donor or powerhouse political figure.  I was just his friend.

With Congressman Stokes at my side, under a blazing sun on September 13, 1993, I witnessed Arafat and Rabin, plodded by President Bill Clinton, shake hands to an emotional outpouring of joy and tears. 3,000 people of every creed and color became one universal reverie of peace—that was a Lou Stokes moment.

The last public event we shared together was at the unveiling of the new Post Office in Shaker Heights that was named for his mother, Louise Stokes.  She had raised Lou and his brother Carl (who made history in 1967 by being elected Mayor of Cleveland) while working as a cleaning woman.  Lou asked me to come along and offer a blessing.

My younger daughter, Debra, was still a teenager at the time—and a favorite of the congressman.  She entered the post office a few minutes late, just as the cameras were rolling and Stokes was beginning to speak.  Never mind, Lou stopped.  He looked up and, with that trademark smile, bellowed, “DEBBIE!”  He chortled and walked over and put his arms around my somewhat embarrassed and thoroughly enchanted daughter.

That was also a Lou Stokes moment.  Somebody was showing up and there was hope in the air.  He knew what things meant to people because he hadn’t always had a lot of things.

Louis Stokes, who investigated assassinations, created the Congressional Black Caucus, advised presidents, helped the nation tackle AIDS, and launched countless urban developments, health clinics, and educational agencies, understood power.  He understood it because he was born without it.  A prophet of the poor has left this earth; my friend is surely convening a congress of kindness among the angels. 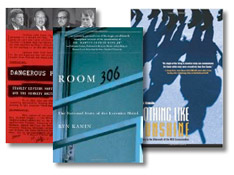